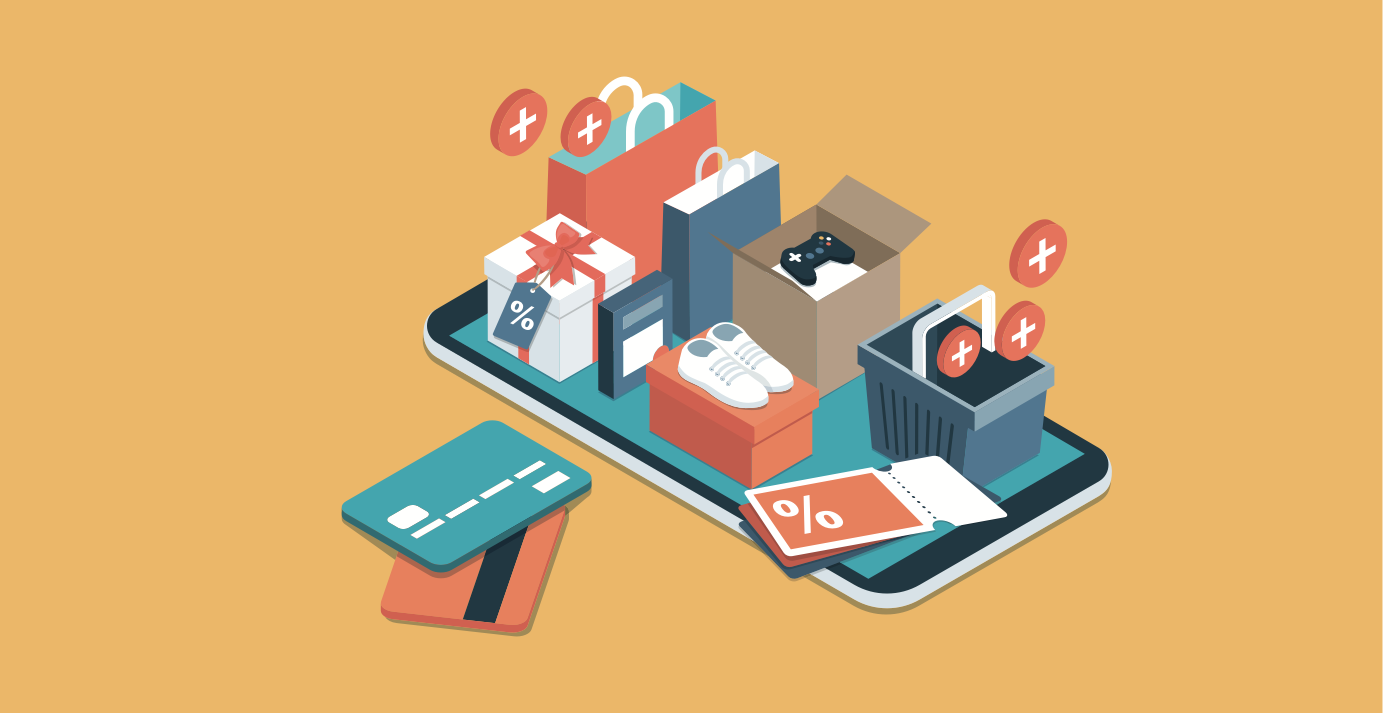 Headless Commerce is gaining traction amongst enterprise eCommerce websites, and PWAs or SPAs have become the go-to frontend that is built for speed.

Headless Commerce is gaining traction amongst enterprise eCommerce websites, and Progressive Web Apps (PWA) or Single Page Applications (SPA) have become the go-to frontend as they are built for speed. Amazon, Walmart, Target, and Macy’s have all upgraded their traditional, monolithic website stacks with these modern frontends, and social networking services, the likes of Tinder, Twitter, and Telegram have done the same. In fact, we analyzed 100 US websites that rank within the Internet Retailers Top 500 (IR500), and found that 7 out of the top 10 eCommerce websites deliver PWAs / SPAs to billions of consumers.

PWAs and SPAs, supported by Accelerated Mobile Pages (AMP) and Server-Side Rendering (SSR), are shaving seconds off page load times—finally allowing eCommerce websites to get closer to the breaking the one-second barrier. These frontends cut down the amount of time consumers spend waiting for pages to load, from 20% each session down to a mere 5%, thus enhancing the customer experience, and boosting conversions and revenue.

We, at Layer0, are on a mission to give consumers back the trillion seconds lost waiting for pages to load each year, and help enterprise eCommerce websites, the likes of Shoe Carnival, AKIRA, and Planet Blue deliver instant eCommerce websites. Each month, we showcase leaders in the industry who have invested in providing their users with superior customer experiences through speedy websites. In this installment, we showcase tech and eCommerce giants.

The world’s largest ticket vendor and the global market leader in its industry, Ticketmaster, delivers speedy experiences for fans everywhere through its Next.js SPA, for mobile and desktop. The marketplace moved away from their old website stack and re-architected their existing application to become an early adopter of Android Instant Apps.

Those who’ve purchased from Ticketmaster in the past know how slow and jank the OpenGL Seatmap, which displays the seats available for purchase, was. With its SPA, Ticketmaster now delivers a fast and smooth experience, anywhere you tap, to its 55M monthly visitors.

Grainger, North America's leading broad line supplier of maintenance, repair, and operating products, delivers a fast user experience through its SPA. With $11.2B in revenue and 1.6M products, it’s no coincidence it was ranked No. 8 in the 2018 IR500.

CVS, the nation's largest pharmacy company, is known for its innovation on multiple fronts – both health and IT. The pharmacy giant has been recognized as one of Fast Company's 50 Most Innovative Companies, Forbes World's Most Valuable Brands, and CIO’s 100 Best Companies for IT Innovation.

In line with its accolades, CVS is an adopter of cutting-edge technology that creates fast, convenient experiences for consumers in need of health supplies. The company’s React SPA delivers an impressively fast experience to 50M monthly visitors on mobile and desktop.

The footwear retailer of designer and name brand shoes, DSW, delivers an AngularJS SPA on desktop and mobile. The footwear giant’s SPA was recognized in 2018 as the No. 3 fastest eCommerce site from the 100 most visited eCommerce sites ranked by Alexa.

Google Play Store, the official app store for the Android operating system developed by Google, utilizes a headless architecture through a SPA frontend. Play.google.com has nearly 3 million apps available, and continues to run swiftly with no page lags, for its 1.43B monthly visitors.

Last year, along with Apple’s App Store, the Google Play Store began accepting PWAs, in the form of Trusted Web Applications (TWA). We are very proud that one of our revered customers, 1-800-Flowers, launched the first TWA that was featured on the Play Store and Google I/O 2019. The flower giant’s TWA was split tested against the retailer’s native Android app, and was found to boost conversions by 30%.

Schedule a consultative conversation now to learn how Layer0 can help you build a headless, blazingly-fast store and boost your SEO and revenue.

Instagram, the Facebook-owned photo and video-sharing social networking service, delivers a PWA for mobile and desktop, in addition to their native-apps. By doing so, the social giant delivers a nearly instant experience for their 1 billion active users across devices on the web and native apps.

Through the use of service workers and various caching techniques, pages load fast with little to no network connectivity, providing an overall improved experience. This might be the reason that  70% of shopping enthusiasts turn to the platform for product discovery, and 25M+ businesses are there to offer their products. In fact, Revolve and Ipsy use Instagram to attract customers, just to send them to their very own PWA—for a speedy customer journey, from product discovery through checkout.

Facebook, the social media giant with 2.5 billion monthly users, joins other tech powerhouses, the likes of Uber and Netflix, in delivering modern frontends for desktop and mobile experiences. Previously, Facebook loaded slowly and was notorious for draining phone batteries, and with 40% of users abandoning the site after waiting more than three seconds for a page to load, website speed became a priority. The social giant upgraded its mobile experience with a PWA and desktop with a SPA, delivering lightweight, responsive versions of its app.

True & Co, a digitally native lingerie startup recently acquired by PVH Corp. (owner of brands Calvin Klein, Tommy Hilfiger and Van Heusen), introduces their brand with a Vue.js SPA. The lingerie brand scores a Lighthouse Performance Score of 50 on mobile when tested through PageSpeed Insights (PSI). According to Google, PSI delivers a weighted sum of percentiles, and a score of 50 falls in the 75th percentile, meaning it outperforms 75% of websites on the internet.

Hello Fresh, the largest meal-kit provider in the US, has invested in optimizing its online customer journey after recognizing that each additional second of load time translates into a 7% drop in mobile conversion rates. The meal subscription service utilizes an AMP supported React SPA to deliver speedy page loads to their 1.45M subscribers, and experienced double-digit growth in revenue per customer, after improving the website.

We found that www.hellofresh.com delivered the fastest homepage FCP of the leading 100 eCommerce websites analyzed, at 1080ms. This was over 3.5x faster than the average FCP for all leading 100  retailers.

As you can see, PWAs/SPAs can get you from 3-5 pages loads to near to 1sec, but frontend optimization alone will not get you to instant. To break the sub-second barrier you need to optimize speed across the entire stack. The server must be optimized by going headless and the frontend must be delivered through a portable, speedy modern frontend, like a PWA. However, SSR and AMP support must be added in order to decrease first-page load times. Lastly, intelligence must be brought to the edge to allow CDNs to understand your website and increase cache hit ratios.

The biggest names in the industry, including the competitive FANG – Facebook, Amazon, Netflix, and Google – have gone headless and are delivering a superior, speedy experience to consumers with PWAs and SPAs. However, these frontends alone are not breaking the one-second barrier. Dynamic, enterprise eCommerce websites, with personalization, dynamic pricing and real-time inventory lookups, along with tags, scripts, and trackers are inherently slower than static sites – even with modern frontends.

To go instant, you need the right infrastructure. That is why we’ve created Layer0. Layer0 optimizes the browser, edge, and the server to deliver instant eCommerce websites—every time. AMP + Server-side rendering (SSR), CDN-as-Code and its 95%+ cache hit rate for dynamic content at the edge, are just a few features that deliver median page loads (FCP) times of 320ms.

If you are looking for no excuses, instant speeds guaranteed, join industry leaders who are experiencing huge business growth on Layer0. For example Venus Fashion delivers over 80% of its website at sub-second speeds, and now outperforms an astonishing 95% of the websites on the internet, and AKIRA outranks Amazon, Nordstrom, and other multi-billion dollar competitors with half of the pages loading in less than 500ms (LCP) on Layer0.

To outrank and outperform your competitors, schedule a consultative conversation with one of our product experts to learn how Layer0 can help you deliver sub-second page loads, drive SEO and revenue wins, while cutting dev ops costs by a minimum of 20%.