The Next Generation Mobile Web 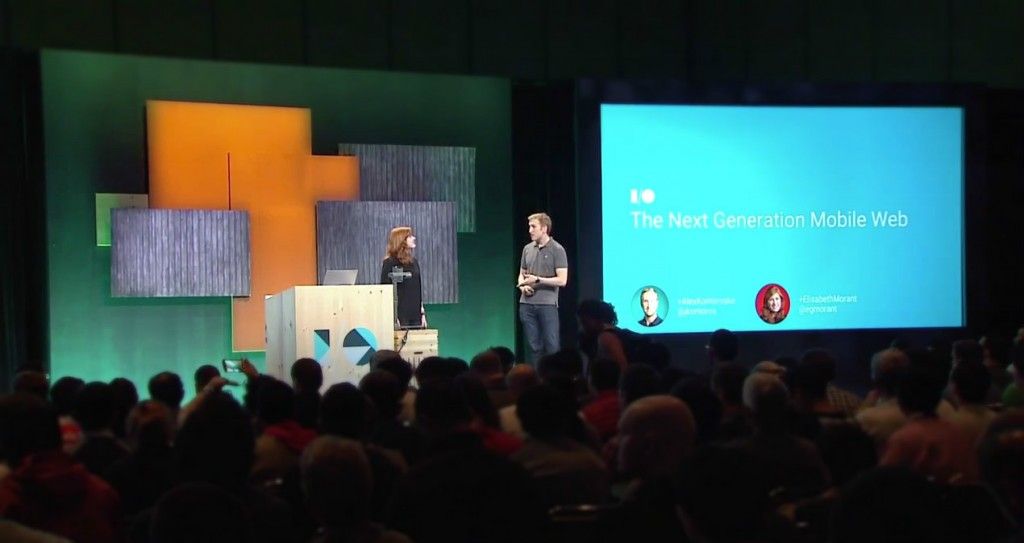 According to the presenters, the average person uses around 12 to 20 apps per month on their phone. And in any given month, ⅔ of consumers do not download any new apps.

It’s the dawn of a new era for the mobile Web. At the recent Google I/O conference, this was the theme of the presentation, “The Next Generation Mobile Web.”

In the past, developers had to make a choice between the reach potential of the mobile Web and the engagement potential of native apps.

Performance improvements, support for offline interactions and access to new device capabilities, however, have transformed the mobile Web. Let’s take a look at exactly how.

Reach: The Superpower of the Mobile Web

Before we delve into the recent updates, however, let’s take a quick step back and consider what makes the mobile Web such a powerful medium.

As engaging as mobile apps are, they haven’t surpassed the mobile Web when it comes to reach.

The mobile Web still reigns supreme when it comes to discovering new content. This makes sense if you think about the way you use the Web versus your favorite apps.

You generally don’t think twice before clicking on a link. Downloading an app, however, requires a bigger commitment and involves a higher degree of trust.

The numbers behind the dominance of the mobile Web for reach are fascinating.

According to the presenters, the average person uses around 12 to 20 apps per month on their phone. And in any given month, ⅔ of consumers do not download any new apps.

The average Chrome user, on the other hand, visits 100 websites a month. This reflects the fact that clicking on a link provides considerably less friction than downloading an app. And in the case of retailers, it means that the mobile Web accounts for 85% of their mobile traffic and 90% of their revenue.

Performance: As Important as Ever

While mobile page speed was not a factor in the recent Google mobile-friendly algorithm update, mobile performance is integral to the user experience and “just as important as ever.”

A key question for mobile experiences is therefore: What does good performance mean?

The presenters shared a conceptual framework for evaluating mobile performance known as RAIL.

Animation Time: If you’re trying to create a sense of smooth motion, then 60 frames per second is the gold standard. This means you only have about 16.67ms to display each frame on the screen.

Idle Time: You have to do some work, for example image decodes, that involves idle time. Obviously, you can’t do it when the user is in the middle of of interacting with your mobile experience.

Therefore you want to make sure you chunk up your work even during idle time. That way, if at any point the mobile user starts interacting with your experience, you’re still able to hit the 100ms goal for reaction time.

Load Time: The goal for perfect performance is less than one second. One second is approximately the limit for a user’s flow of thought to remain uninterrupted.

Engagement: The Missing Piece Has Arrived

Where the mobile Web has traditionally lagged behind native apps is the ability to engage and build relationships with users.

Native apps, for example, are readily accessible on your smartphone screen. Users can readily find their favorite apps, any time they need them. To access a mobile site, however, smartphone users typically have to go through the browser.

Users are thus able to add the site to their homescreen with one tap, instead of having to click into their browser settings to do so. The API is available as long as the user has been detected to be engaged enough with the site, and the site offers a meaningful offline experience.

This brings us to a second historic advantage of native apps over the mobile Web - the ability to offer offline experiences. Picture the last time you accessed your favorite native app when you had no online connectivity. You were still able to interact with it.

Now picture the last time you tried to access a mobile site while you were offline. Chances are you saw the dreaded dinosaur icon with a head-smackingly obvious message like, “You are offline. Wi-Fi and mobile data are unavailable." It can be a frustrating experience.

One way Google offered developers to address the dreaded dinosaur was via AppCache. But AppCache was, “unworkable in practice” and therefore vastly unpopular.

So Google introduced service workers to provide app developers with more control. They can be described as “basically a script off to the side,” - or in more technical terms, “a client side proxy written in JS.”

One handy use of service workers is they allow developers to build everything from extremely simple to extremely complex offline mobile Web experiences. Offline experiences are incredibly important for building relationships with users, so offline capabilities are a significant advance in engagement for the mobile Web.

Applied to the mobile Web, push notifications provide the perfect balance between allowing users to interact with content, like news or sale alerts that they’re interested in, without having to commit to downloading an app.

The Next Gen Mobile Web Is Here

The combination of the mobile Web’s vast reach, the strides that have been made in mobile performance, and the app-like capabilities that allow mobile sites to build relationships with mobile users signals that the new era of the mobile Web is here.