Why You Need to Break the 1-Second Barrier in 2020 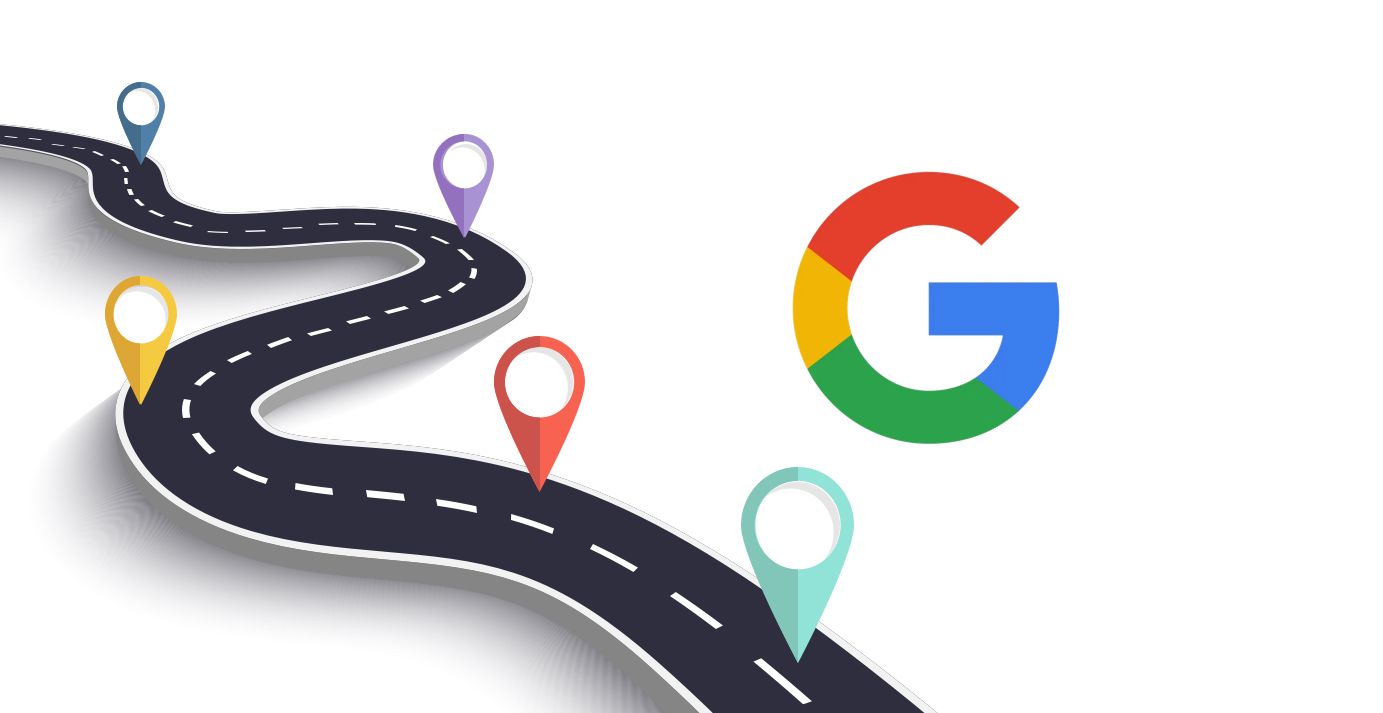 For years, Google has been rolling out algorithm updates and tools to facilitate website speed. Sub-second loading eCommerce websites are now mandatory to survive.

A decade ago, Google took it upon itself to make the internet faster. In 2009, PageSpeed tools were introduced and in 2010 desktop website speed became a ranking factor. Only a few speed-focused updates rolled out between 2010 and 2016, but that changed come 2017 when nine more website speed initiatives were introduced, to date. Most recently, the search giant announced that it will roll out a ‘Badge of Shame’ for slow-loading websites. (Scroll down for the full timeline of Google’s speed-focused updates.)

Heading into 2020, it is more important than ever for revenue-generating websites to acquire the right technology and tools to break the one-second barrier and deliver sub-second websites. This is even more critical for the average eCommerce website that tends to rely on organic and paid search traffic to attract new and return business. But site speed doesn’t only impact SEO, it impacts an eCommerce website’s entire digital strategy, from SEO to traffic to conversions to revenue. In fact, we have found that eCommerce websites see an average lift to conversions in the 15-30% range, from their sub-second eCommerce websites. If you are marked with the ‘Badge of Shame,’ businesses can expect the contrary.

Instant is the new fast in eCommerce

For years, Google has been rolling out features, algorithm updates, and measurement tools to facilitate website speed optimization. The search giant has shared it’s quest for a faster internet several times over the years, but with little consequences. Today, it seems like the times are a-changin'. Those who ignored the potential consequences that come from slow-loading desktop websites back in 2010 were hit hard when the 2019 Speed Update rolled out.

Overstock.com, a billion-dollar online retailer, saw its stock price drop by 18% following Google’s ‘Quality Update’ as well as significant declines in organic ranking, following Google’s ‘Speed Update.’ On the other hand, a mid-sized home and decor retailer, Annie Selke, outranks its multi-billion dollar competitors, including Amazon, Williams-Sonoma, Wayfair, and Overstock due to its sub-second website.

The need for speedy websites doesn’t all stem from the search giant. Consumers have become accustomed, and demand the instant experiences that native apps provide. Not to mention their shrinking attention span, that averages at 8 seconds. This year, Forbes shared research that clearly shows that one second or less is the golden standard mobile websites must meet or beat for an optimal user experience.

Throughout the years website speed standards have drastically changed. Just last year, Google found that the average landing page took an astonishing 15 seconds to load on mobile (down from 22 seconds in 2017). Could you imagine waiting that long?

The standard has been revolving around 3 second first-loads for a while, yet the average eCommerce site still takes 3-5 seconds to load on mobile today. 3-5 seconds is better than 15, but every millisecond counts. In fact, Google found that every one second delay in page load causes conversions to drop by up to 20%. The eCommerce powerhouse, Amazon, quantified it differently – they found that a one second delay in page loads could cost them $1.6B in annual sales.

With so much money being left on the table, this poses the question: How can complex, dynamic eCommerce websites break the one-second barrier? Tags, scripts, and trackers, are common to eCommerce and add to page load times. Additionally, dynamic pricing and real-time inventory lookups, unique to eCommerce, also significantly impedes on page loads. For eCommerce websites to become sub-second, a modern frontend built for speed is required, on top of the right infrastructure.

You need the right infrastructure to go instant

Modern web technologies, backed by Google, have evolved to deliver site speeds that were previously impossible. Progressive Web Applications (PWAs). Single-Page Applications (SPA), and AMP are modern frontends that are built for speed. Industry leaders have begun to adopt some or all of these web tech advancement to deliver speedy mobile experiences, regardless of network quality.

This is a great first step, as these modern frontends along with server-side rendering can get you from 3-5 second loads to 2 seconds. However, they will not get you to sub-second. Website speed is a full stack problem that spans the client, edge, and server. Therefore, a solution that lets you easily optimize all three elements, like Layer0, is required to squeeze every millisecond out of every speed optimization effort, to get break the one-second barrier.

Layer0 optimizes the client, server, and edge all through a single JavaScript codebase. The frontend is optimized with a portable PWA with built-in support for server-side rendering and automatic AMP conversion. The server is optimized by going headless and optimizing APIs with a Backend for Frontend. Lastly, the edge is optimized by including the CDN in your codebase. Layer0 CDN-as-Code delivers 95%+ cache hit ratios for dynamic content at the edge, allowing the browser to stay 5 seconds ahead of the shopper, wherever she goes.

This is how complex, dynamic eCommerce websites become instant and make the one-second club. But don’t take our word for it. Take a minute to browse through The Tie Bar, Shoe Carnival, or AKIRA on your phone to experience what an instant eCommerce websites feels like. These sites see median page load times of 320ms (LCP), which is literally the blink of an eye, on Layer0.

A timeline of Google’s speed-focused updates

Google made website speed on desktop a ranking factor, but stated it still had a preference for relevance over faster page loads.

Google makes PageSpeed tools available as an extension for Chrome.

Google added the capacity to preload the first search result to Chrome as a way to request resources ahead of time, before the browser needs them. This becomes the first notion of what ‘instant’ could be.

PageSpeed Insights (PSI), a tool to measure web page performance on both mobile and desktop devices, was launched.

The AMP Project was announced by the search giant. AMP is an open-source HTML library that prohibits JavaScript and has tight restrictions on both CSS and HTML, giving an AMP nearly instant first-page loads from search. An AMP page is cached on Google, meaning that the destination landing page has essentially been pre-fetched and made available to users before they even click on it. The median load time for AMP pages is under half a second.

Test My Site, a tool that allows businesses to see how websites rank in regards to mobile site speed, was launched.

Benchmark Report: Google’s 2017 industry benchmark report was released. This report focused on mobile site speeds, and made ripples throughout the eCommerce industry as it demonstrated consumers’ expectations for speed and the effect that slow page loads can have on an eCommerce business.

Test My Site Update Test My Site begins to show metrics of how many visitors are lost because of a specific site’s slow speed, and how it compares to competitors.

Mobile Speed Scorecard: The search giant released the Speed Scorecard which details the mobile speeds of thousands of sites from 12 countries across the globe. The data is based real-user data provided by Chrome User Experience Report (CrUX). Additionally, Google includes this score in PageSpeed insights.

We, at Layer0, showcase monthly the fastest sites on the web based on CrUX data, monthly. We’ve already covered apparel, travel, and toys.

Impact Calculator: A tool that Google rolled out to help website owners to estimate the revenue impact that could result from improving their website’s speed by two seconds versus one second.

Mobile-first Indexing: In line with the share of mobile browsing crossing 50%, Google began crawling and indexing web pages based on how they render on a mobile device.

Badge of Shame, Google’s latest website speed update that was announced in November, will experiment with slow-loading websites being clearly marked as such in Chrome browsers.

Sites will be flagged for historical latencies, with this ‘badge’ visible to consumers the instant they click through to a site from the SERP.

Core Web Vitals is introduced, laying out a set of metrics related to speed, responsiveness and visual stability. These user-centered metrics help quantify how users perceive a web page experience, and will be incorporated in the search ranking criteria in 2021.

Google has made it increasingly clear that slow websites result in sub-par user experiences. From minor algorithmic adjustments and recommendations back in 2009, to developing accelerated mobile pages and encouraging the adoption of progressive web apps in 2016, to making mobile site speed a priority or it means that you will lose SERP visibility in 2019, or worse, the upcoming ‘badge of shame’ – the search giant’s steady advances to make a faster web have resulted in a radical sea change for the online landscape, especially for those in eCommerce.

We understand losing SEO stature, SERP visibility, or being ‘badged with shame’ by the all-powerful Google will be detrimental, so we're here to help. Layer0 helps complex, dynamic eCommerce websites get to sub-second speeds, while increasing developmental velocity and bottom-line growth with a serverless JavaScript codebase and an intelligent CDN, which caches dynamic content at the edge at a 95% hit cache ratio. This, we call Layer0.

Layer0 is the only solution to consistently deliver 320ms (LCP) median page loads for enterprise eCommerce, resulting in 15-30% conversion lifts. We work to drive big wins in terms of visibility, reach and revenue.

If you’re ready to break the 1-second barrier, drop us a line at go@layer0.co or schedule a consultative conversation to see how we can help you gain a competitive advantage with an instant eCommerce website.