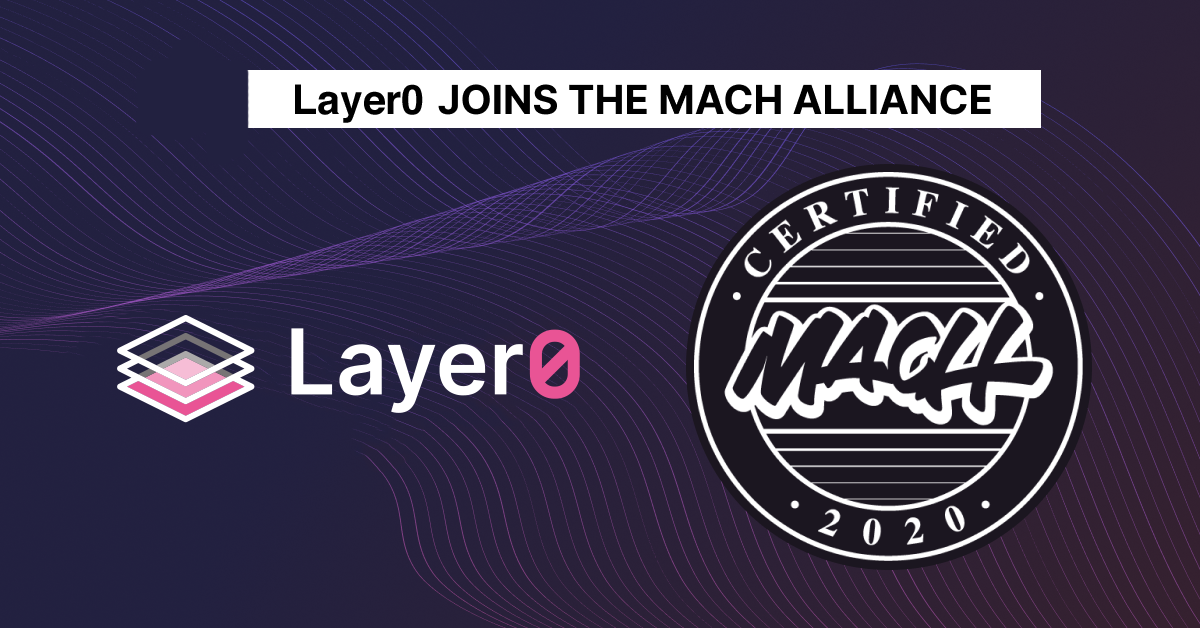 Layer0, the performance-focused home for all headless front-ends that makes them faster and easier to manage, announced it has joined the MACH Alliance, an independent group of tech companies dedicated to advocating for open, best-of-breed technology ecosystems.

As a part of this group, Layer0 will work with other members to educate the market on how they can benefit from open tech ecosystems that are microservices-based, API-first, cloud-native SaaS and headless in the complex modern technology landscape.

"Layer0 adds simplicity, speed and ultimately more revenue by applying the benefits of Jamstack to the front-ends of large-scale commerce experiences," says Kelly Goetsch, President of the MACH Alliance. "Their vision and technology exemplifies MACH Alliance members and I couldn't be happier to have them join the alliance."

The MACH Alliance, (Microservices-based, API-first, Cloud-native SaaS and Headless) launched a few months ago and is rooted in the common belief that the interoperability and open architecture of modern software will propel current and future digital experiences.

“Layer0 strives to make the Web faster and easier to develop for, bringing Jamstack and MACH approaches to large, revenue-generating websites,” says Ajay Kapur, CEO of Layer0. “So when we heard that the MACH Alliance had established it was clear that its values aligned with our own, so joining became a no-brainer. We are committed to advance the movement towards composable architecture with other MACH Alliance members, and strongly believe that this is the future of enterprise technology.”

About the MACH Alliance

The MACH Alliance is a [501(c)(3)] non-profit organization, governed by an independent board and does not endorse specific vendors, members or otherwise. The Alliance was formed in June 2020 to help enterprise organizations navigate the complex modern technology landscape. It aims to guide and show the business advantage of open tech ecosystems that are Microservices based, API-first, Cloud-native and Headless. All MACH Alliance members meet certification principles that are published on the website.

Founding members include: commercetools, Contentstack, EPAM Systems (NYSE: EPAM) and Valtech. The MACH Alliance welcomes technology companies and individual industry experts who share the same vision for the future. Learn more at machalliance.org, read here about MACH certification and follow us on Twitter and LinkedIn.

Layer0 flagship product, Layer0, brings the simplicity and speed benefits of Jamstack to large-scale revenue-generating sites, such as eCommerce and Travel websites. It is the only platform to consistently deliver sub-second speeds for large websites, while simplifying development workflows and minimizing DevOps.

Layer0 provides an all-in-one Jamstack platform to develop, deploy, preview, split test and monitor your frontend. The platform provides powerful tools for front-end developers and includes an applications-aware CDN-as-JavaScript and easy-to-use serverless tier to power APIs and server-side rendering for all major frameworks. All major JavaScript frameworks, including Vue, React, Angular, Next, Nuxt, Vue Storefront, React Storefront and more are supported, as well as virtually every backend solution.