The Internet Is Faster, but Websites Are Slower 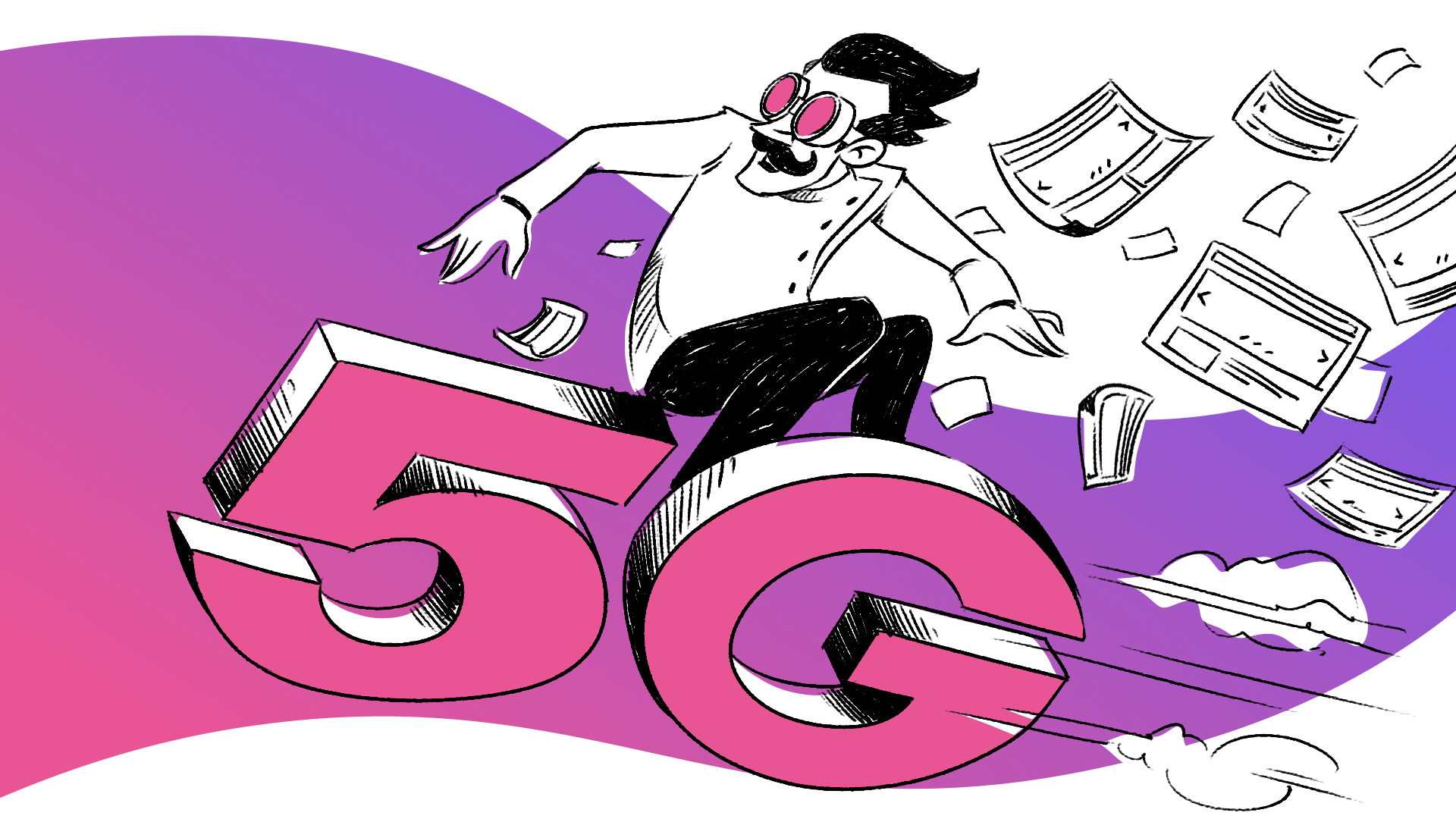 While the internet has gone from dial-up connection to 5g speeds, page loads on mobile have increased. Optimizing for milliseconds can make eCommerce websites millions of dollars. Here’s how and why to deliver sub-second page loads.

It’s an odd phenomenon that we’ve gone from dial-up connections to blazing fast 5g networks, yet websites are still as painfully slow as they used to be. Nielsen's law of internet bandwidth states that a high-end user's connection speed grows by as much as 50% every year—and this has held true for the past 36 years! However, mobile page load times have actually increased over time.

The HTTP Archive has recorded the page load times for 6 million popular websites, over the span of 10 years. The ugly truth is that, according to their data, mobile page load times have more than doubled in this time. Of course, websites have become more complex over the years, but so has the technology that speeds them up.

If you’re neglecting the performance of your site, consumers will not hesitate to do the same. People can detect delays as short as 100 milliseconds. This is enough to interrupt a person’s conscious thought process. And if you’re forcing consumers to wait 2-3 seconds, it causes a dramatic shift in their cognitive and emotional responses—so much so, it’s comparable to watching a horror movie.

If you’re in eCommerce, these differences are small but have a significant impact on conversion rate and revenue. The average eCommerce website takes 3-5 seconds to load. Amazon found that a 1 second delay in load time could cost the eCommerce giant $1.6 billion a year. More recently, a study commissioned by Google found that shaving a mere100 milliseconds off of mobile page loads results in an 8-10% increase to conversion rate.

The average eCommerce sees approximately 50% of their traffic come from a Google search. If you’re not prioritizing speed, this will no longer be a viable source for bottom-line growth. Google is releasing a new algorithm which drops slow sites down in rank.

The Page Experience Update is the latest announcement that changes the way that pages are to be ranked, based on the experience that users have when interacting with them. This means that pages that are slow to load and become interactive will rank lower than what they currently do.

The Page Experience Update introduces new metrics to the ranking algorithm which measure the page’s loading, interactivity and visual stability times. Together, the metrics are called Core Web Vitals (CWV) and they will soon have a major impact on a website’s ranking.

You can’t optimize what you do not know, so let’s get to know the three metrics that make up the Core Web Vitals:

How to optimize your Core Web Vitals

In order to optimize for Core Web Vitals you must optimize your site to deliver the fastest Largest Contentful Paint (LCP), First Input Delay (FID) and Cumulative Layout Shift (CLS). Each of these CWV metrics represent 3 distinct aspects of the user experience: loading, interactivity and visual stability.

Measuring metrics in the field

Depending on a user’s device, network conditions and/or settings, the performance of a site can vary dramatically. However, most speed tests, including Google Lighthouse, are based on simulated environments, or lab data.

With Core Web Vitals, the search giant is moving away from simulated speed tests to ranking websites based on the speed in which real users experience them. This type of real-user measurement is taken from field data.

While it's worth noting that Google integrates and displays field data in various tools, including CrUX, PageSpeed Insights, Search Console (Core Web Vitals report) and Firebase Performance Monitoring (beta), the data for each Core Web Vital will be collected from CrUX.

In eCommerce, the Largest Contentful Paint is typically when the hero image becomes fully loaded and visible on the screen. It’s also the point in time in which most users perceive the page as fully loaded. The faster the page loads, the more likely consumers are to make a purchase, meaning that speeding up LCPs boosts conversions. Google will be looking for LCPs under 2.5 seconds experienced by at least three-quarters of your mobile visitors to deem you “fast.”

First Input Delay has a meaningful impact on the user experience because it involves that moment when a user believes the web page to be loaded and tries to interact with it, and then becomes frustrated when nothing occurs. FID measures this delay between tap and page action. Google views websites that deliver FIDs of less than 100 milliseconds to most of their visitors as fast.

The last variable CWV is measuring is visual stability—because no one likes it when you’re just about to tap on a product and, all of a sudden, the page jumps and you’re tapping on something you had no interest in. Google measures this with Cumulative Layout Shift and deems a fast site as having a CLS score of .1 or less.

How to deliver sub-second page loads

There are a few key technologies behind the fastest stores on the Web. These are portable frontends with Server-Side Rendering (SSR) and Accelerated Mobile Pages (AMP) support, advanced predictive prefetching and a modern CDN to remain 5 seconds ahead of the shopper.

When combined correctly, shoppers experience lightning-fast page loads from the moment they land on the site all the way through checkout. The problem is that combining these cutting-edge technologies is easier said than done. That’s why at Layer0, we’ve developed an all inclusive, full-stack solution for website speed that gives developers complete control over caching and prefetching.

Layer0 is an all-in-one solution to develop, deploy, preview, experiment on, monitor, and run your frontend. The XDN guarantees sub-500ms median page loads for large, dynamic eCommerce websites—no matter how complex. It is the only platform geared for large-scale database driven websites with millions of pages, 1000s of SKUs and dozens of tags.

The XDN works with virtually every frontend and backend system and comes with an application-aware CDN-as-JavaScript, which has a cache hit ratio of 95%+ for dynamic content at the edge. By combining the CDN-as-JavaScript with advanced predictive prefetching the products that shoppers are most likely to view are prefetched from the edge and streamed to the browser before they are tapped on. This ensures your website remains 5 second ahead of shoppers’ taps and delivers a superior, instant commerce experience every time.

While internet networks and devices have become faster over the years, it has not correlated with faster websites—and a fast site is the difference between a loyal customer and someone leaving your site for a competitor’s site.

At Layer0 we sweat the small stuff. We care about just fractions of a second and what happens before the blink of an eye. Our mission is to make the Web instant and simple. We understand that Google’s Page Experience Update will have a drastic impact on eCommerce business’s SEO and visibility, and we want to help. The easiest way to optimize your site for speed is to go instant.

Layer0 guarantees sub-second median page loads. AKIRA went from 5 second page loads to 500 milliseconds; Shoe Carnival went from 6 second browsing transitions to just 500 milliseconds paint times, improving its speed by 92%. Both of these dynamic websites are on the XDN.

Join industry leaders including J.Jill, REVOLVE and 1-800-Flowers who are already reaping the benefits of their sub-second websites on the XDN.  Schedule a consultative conversation with a site speed expert to learn how the XDN can help you get sub-second ASAP. There is no better time than now.