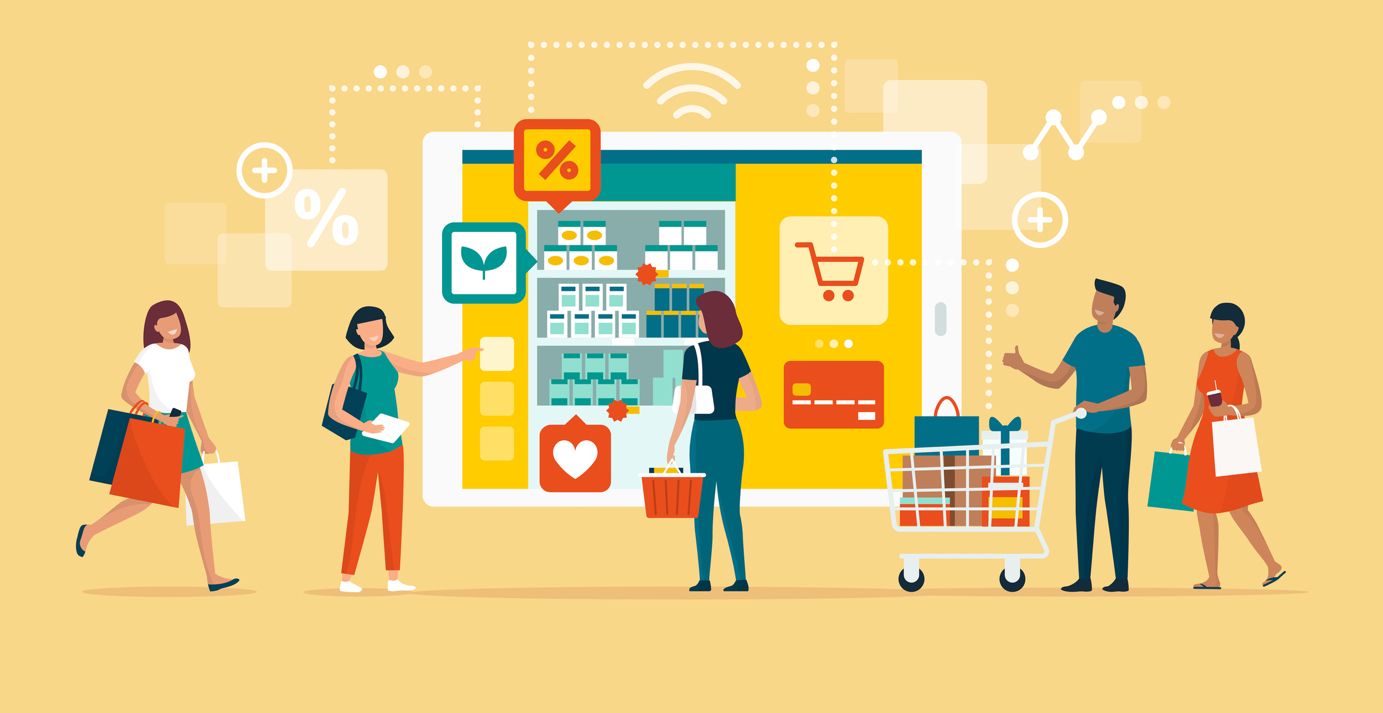 Target and Walmart saw consumer spend increase by 47% and 51% YoY modern web technology, respectively, while consumer spend on Amazon only grew by 32% this BFCM.

Every year, millions of consumers flock to retailers for the biggest discount days of the year. This year, eCommerce revenue generated during Black Friday and Cyber Monday hit all-time highs. 190 million US shoppers spent $5.4B online on Black Friday, representing a 22.3% year-over-year (YoY) increase, and Cyber Monday sales soared to an astonishing $9.4B online, representing a 19.7% YoY increase.

In previous years, Amazon dominated Black Friday and Cyber Monday sales, with the eCommerce giant declaring Cyber Monday it’s all-time biggest shopping day. In contrast to previous years, Amazon is no longer the clear winner of the 2019 holiday shopping season – at least not yet. This November, Target and Walmart saw consumer spend increase by 47% and 51% YoY, respectively, while consumer spend on Amazon only grew by 32%.

Target and Walmart both differ from Amazon in their frontend approach. These two powerhouse mass retailers have utilized modern web technology to deliver speedy experiences for their millions of visitors on desktop and mobile, while Amazon still delivers a traditional, multi-page website. These modern frontends, single-page applications (SPAs) and eCommerce progressive web apps (PWAs) are built for speed. They can transform slow eCommerce sites to fast and engaging experiences, resulting in SEO and revenue wins.

Slow websites have been found to create the same psychological discomfort as watching a horror movie, or waiting in line at a store. The latter is especially telling, as consumers tend to shop online to avoid the long lines. This year’s influx in online sales on Black Friday and Cyber Monday demonstrate consumers’ preference, and emphasize the importance of providing them with fast online experiences.

PWAs and SPAs aren’t only used for eCommerce. Some of the leading applications out there use this modern web tech. WhatsApp, Airbnb, Twitter, Uber, BMW and more all use a combination of SPA/PWA technology and Accelerated Mobile Pages (AMP)  to delight visitors with speedy experiences.

Due to the significant business wins that companies are seeing from going headless, we showcase examples of industry leaders that use this modern tech, on a monthly basis. Here are 5 industry leaders using SPA/PWA and AMP technology to deliver fast online experiences.

Netflix is the world's leading streaming entertainment service, with over 158 million paid subscriptions in 190 countries. When the streaming giant went global in 2016, it found that many international subscribers were exclusively streaming their content on mobile devices, through sub-par networks. This prompted Netflix to revamp its website to provide a faster experience for streamers everywhere, regardless of the device or network used. Netflix’s SPA has cut first-page load times by half and reduced TTI for subsequent pages by 30% for its streamers across the globe.

The largest global business media brand in the world, Forbes, has redefined storytelling with its PWA and AMP pages. Forbes was known for having a slower site than average and with 38 million monthly mobile readers, the need to optimize the website for speed was clear. Today, Forbes.com loads completely in eight tenths of a second, which is considerably faster than its previous site where page loads averaged at 2-10 seconds. The PWA and AMP pages have essentially doubled engagement with session durations up 43%, the number of visitors that read through the articles tripled, and ad views grew by 20%.

“This new mobile site is our first major step in optimizing our storytelling capabilities, and it’s creating a better, faster and more engaging experience for Forbes readers.” -Salah Zalatimo, SVP of Product and Technology at Forbes Media

Overstock.com, a billion-dollar online retailer, has overcome the realities of a changing technological landscape. Since it was founded in 1999, the retailer was hit hard twice by Google’s algorithm updates. Overstock saw an 18% drop in stock following Google’s ‘Quality Update’ and saw significant declines in its organic ranking following Google’s ‘Site Speed’ update. Since then, the tech-driven online retailer focused on speed, site architecture, and overall usability of its website, and has seen significant lifts in SEO and revenue.

Today, Overstock delivers a React SPA to its 22M monthly visitors on mobile and desktop devices. The company has stated that due to a revamped keyword strategy and the innate speed in its SPA, it now sees highly converting traffic land on its site from organic search with a 97% YoY increase in organic traffic.

Pandora debuted in 2000 as one of the first music streaming services, and has proven itself a strong leader that can adapt to the continuously evolving technology ecosystem. The service is supported on various devices, from smartphones to smart devices. Today, it delivers lightning fast navigation throughout the entire web app.

SPAs provide a much-improved user experience compared to a multi-page application and an enhanced listening experience as less bandwidth is required than on a mutli-page app. This year, Pandora has seen a 9.5% YoY increase in total subscribers, a 7% YoY boost to advertising revenue, and a 29% increase in subscription revenue.

Although Apple is a known market leader, up until very recently there was no way to access their music service through a browser – like their main competitor Spotify offers. To change the script, Apple Music launched a SPA earlier this year, which is currently in Beta. With this new adopted technology, Apple Music’s subscribers can now access their music from any device through a web browser. Recently, Apple Music passed Spotify in terms of paid US subscribers, with 60 million listeners using the music service.

Cutting-edge, frontend technologies including progressive web apps, single page applications, and AMP technology are taking websites from slow to fast. Optimizing for site speed has a very clear impact on a business’s bottom line. For example, Amazon found that a one-second increase in page load could cost it $1.6B a year, and Walmart found that a one-second decrease in page load can bring the retailer an additional $274M a year.

While optimizing the frontend can take you from slow to fast, it simply cannot get you to instant. To get your site to sub-second page loads, a full stack solution that spans the browser, edge, and server is required. That is why Layer0 has created the only full stack solution in the industry that consistently delivers median page loads of 320ms (LCP) for the most complex enterprise eCommerce websites.

If site speed is a priority for you, schedule a consultative conversation with one of our product specialists today to learn how Layer0 can help beat the competition with an engaging, instant loading website.