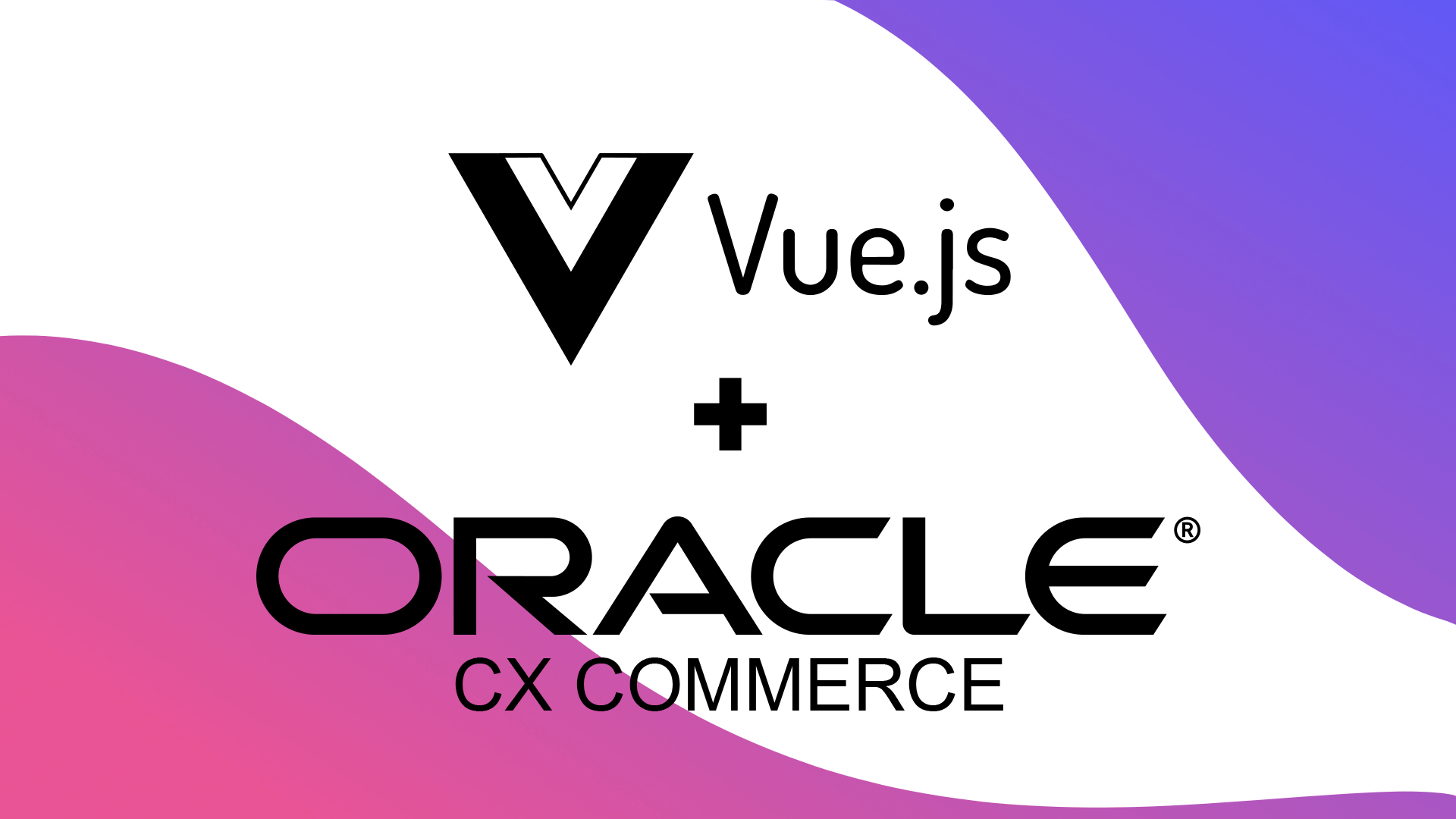 Vue is an open-source JavaScript framework for building single-page applications that has rapidly increased in popularity since its launch in 2014. This framework's primary draw is that it lets developers build fast, scaling JavaScript applications quickly. It’s lightweight and offers robust routing solutions for large applications. Vue offers great runtime performance and is fit to be the backbone for complex, revenue-generating websites with heavy traffic. The framework also offers the following benefits: built-in server-side rendering, tree shaking, bundling and virtual DOM.

Oracle CX Commerce, formerly Oracle Commerce Cloud, is a cloud-native, extensible SaaS commerce solution built with an API-first architecture and has an extensive REST API that can be used to implement shopping, checkout, and storefront administration in a portable frontend, such as a progressive web app or single-page application. CX Commerce comes with three modular options: fully integrated, non-integrated and integrated. A fully integrated storefront tightly connects the UI layer and the commerce services layer, whereas a non-integrated approach is akin to a headless one where the UI layer is separated from the backend commerce platform. The third approach is a hybrid, where the UI layer is separate from the backend but still has CX Commerce capabilities, such as site design tools, personalization, and A/B testing.

Layer0 lets you deliver your Vue storefront on Oracle CX Commerce in sub-seconds. Websites on Layer0 see median speeds of 320ms Largest Contentful Paint (LCP) times. But Layer0 is much more than a website accelerator. It is a Jamstack platform for eCommerce. It makes websites faster for users and simpler for frontend developers to maintain. The platform was built specifically for large-scale, database-driven websites, such as eCommerce and Travel, and provides the following benefits:

With Layer0, your Vue CX Commerce storefront will run in sub-second speeds and your developers will be empowered to control edge caching and reduce rework using the various developer productivity tools that come with the platform.