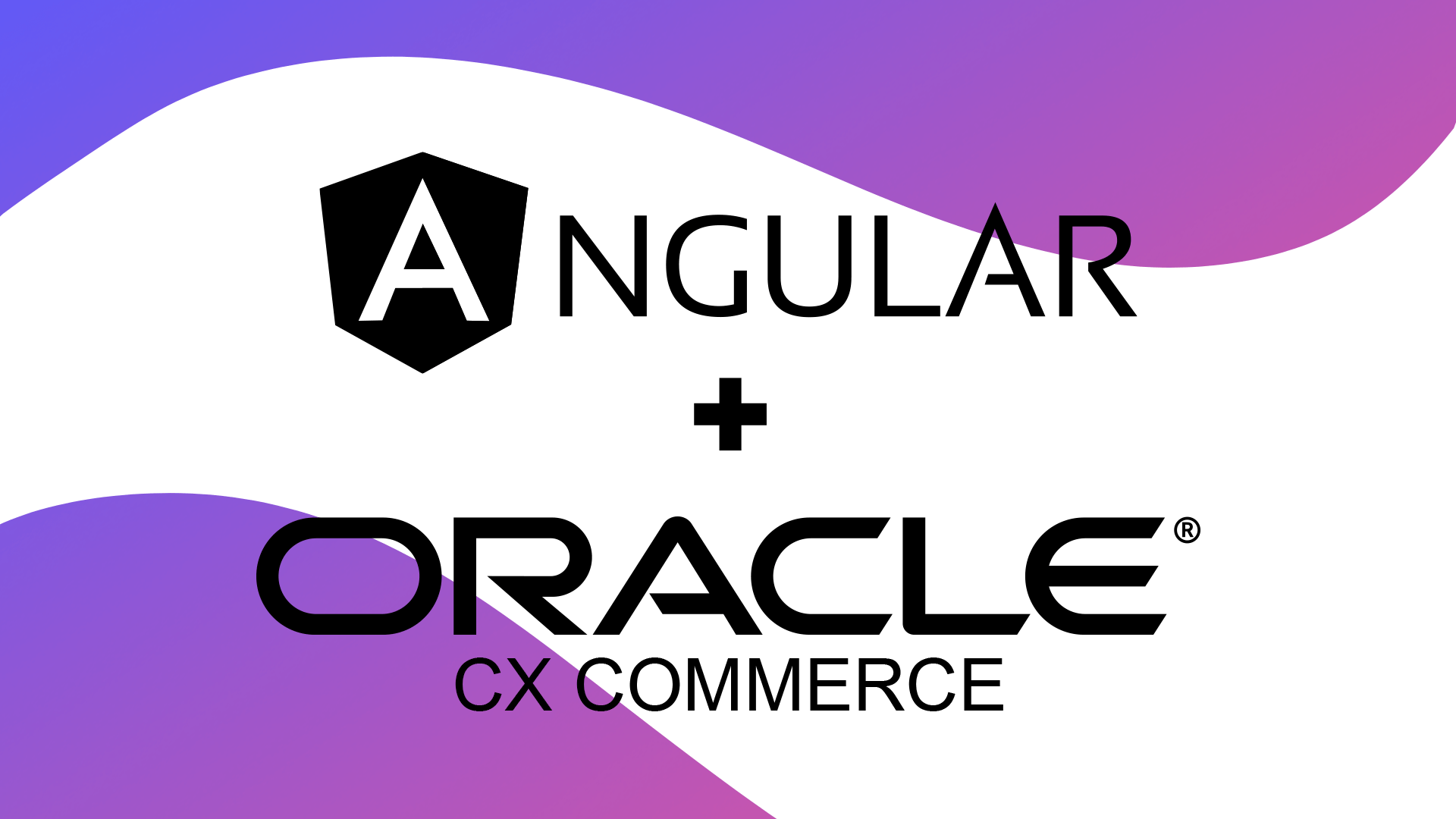 Angular is an isomorphic frontend framework created by Google. It is a popular solution for large enterprise websites that plan to scale their site quickly. All in all, Angular offers great runtime performance and is fit to be the backbone for complex, revenue-generating websites with heavy traffic, such as eCommerce and Travel websites.

Oracle CX Commerce, formerly Oracle Commerce Cloud, is a cloud-native commerce solution built with an API-first architecture and has an extensive REST API that can be used to implement shopping, checkout, and storefront admin in a portable frontend, such as a progressive web app or single-page application. CX Commerce comes with three modular options: fully integrated, non-integrated and integrated. A fully integrated storefront tightly connects the UI layer and the commerce services layer, whereas a non-integrated approach is akin to a headless one where the UI layer is separated from the backend commerce platform. The third approach is a hybrid, where the UI layer is separate from the backend but still has CX Commerce capabilities, such as site design tools, personalization and A/B testing.

Unfortunately, Oracle CX Commerce Cloud does not support SSR, PWA or AMP out of he box, significantly hindering website performance. The platform can run JavaScript server-side, however, this capability is partitioned to custom paths that do not line up with the URLs of the existing commerce experience and are built for supporting server side extensions and not server-side rendering. To add these capabilities to your website on your own, you'll need a backend for frontends and a fleet of Node.js servers, but this still won't get a site down to sub-second speeds.

Layer0 lets you deliver your Angular storefront on Oracle CX Commerce in sub-seconds. The average website on Layer0 sees median page loads of 320ms, as measured by Largest Contentful Paint (LCP). Bear in mind though that Layer0 is much more than a website accelerator. It is a Jamstack platform for dynamic website / eCommerce websites. Layer0 makes websites faster for users and simpler for frontend developers. The platform was built specifically for large-scale, database-driven, revenue-generating websites and provides the following key benefits:

With Layer0, your Angular CX Commerce storefront will run in sub-second speeds and your developers will be empowered to control edge caching and reduce rework using the various developer productivity tools that come with the platform.